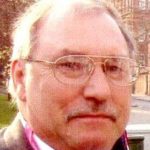 It is with great sadness that Gordon Bowden passed away after a short illness on Tuesday, 18th February 2020 aged 68.

This page is dedicated to a true hero who fought against fraud and corruption for truth, transparency,  honesty and justice.

He set up a company called Pandoras Box Investigations Limited so as to offer help and assistance to those thinking of investing in stocks and shares, offering advice on who was involved in the companies, and what were the pitfalls of investing with them. His legacy will continue.  Pandoras Box Investigations Limited will continue with the foundations that Gordon Bowden put in place.

Picture the scene: A man is minding his own business, reading a newspaper after a hard day’s work when his good lady asks him to check something for her, which he naturally obliges. She shows him a piece of paper and asks him if it looks right to him. He looks at it and reads it, but he becomes suspicious.  He takes the document to the bank to check the validity of it. The contract she had signed thinking it was a valid investment scheme turned out to be nothing but a worthless piece of paper and the money that she had invested had disappeared, or, rather was stolen in an elaborate money-laundering scam operation emanating from an unassuming high street office building in North London.

This is where his fight for justice began.

It was a never-ending quest for the truth that took him along so many avenues and paths which lead him along the trail to the source of the corruption…being the Corridors of Power in Parliament and The Establishment.

Gordon Bowden dedicated the last 20 years of his life to helping others.

This website is dedicated to his work, and his legacy continues.

To work your way around the website please tap the little blue tab at the top right hand corner. 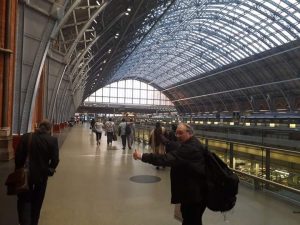 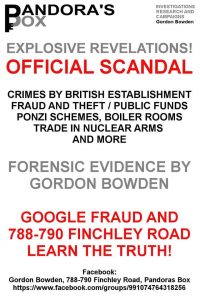