Once upon a time, there was a family called The Blairs. Daddy Blair, Mummy Blair, and their little Baby Blairs.

They were a busy family.

They lived in lots of big houses:

Daddy Blair used to run the country, whilst Mummy Blair would look after the family whilst being a QC…someone who makes a lot of money by wearing a wig.

Then, one day, Euan Blair decided that he wanted to make it big in the world like Mummy and Daddy Blair.

But, things didn’t turn out quite how he planned. So he asked for some help from his friends, people that Mummy and Daddy Blair knew. Solicitors! 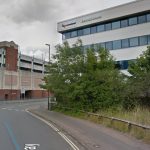 These are naughty people in pinstriped suits who will do anything for money. But, poor old Euan didn’t know any the wiser. So, off he went on his travels. Let’s see where Blair Junior went, shall we?

He decided to set up a company called the Whitehat Group with his friend called Valery Kisilevsky at Belmont House in Crawley, where Irwin Mitchell Solicitors have an office base for their “secretarial” services…for setting up companies and moving money for their clients basically. Blair Junior rubbed his hands with glee:

The solicitors had their office on Station Way:

Well, down the road was a company called Regus that Daddy Blair shared his company office base with at 50 Broadway in Westminster.

He moved his Windrush Ventures Limited company there from 788-790 Finchley Road, a naughty place where people would launder money to buy bombs and guns and where they would steal people’s pension pots:

By sheer coincidence Regus were based in Crawley and Westminster. Well, fancy that. What are the chances, eh? 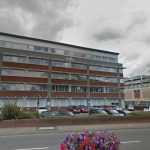 Blair Junior also had a venture capitalist friend based in California to help him along: 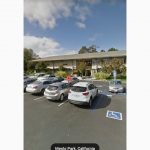 Of course, he also got some help from Mummy Blair at Oldberry Residential, too:

Well, Mummy Blair also helped Nicky Blair at Magnitude as well, before the company was dissolved:

Kathryn Blair wanted to be like Mummy Blair and became a Barrister, but she upset a few of her neighbours with plans for her £multi-million house:

Leo Blair, named after his Grand Dad Blair (who was also once a Barrister) wanted to follow in Daddy Blair’s footsteps and become a politician, but had to go through a rigorous process of trying to undo his Dad’s bad decisions that affected a lot of people whilst trying to appease a man with a beard who wears shorts, rides a bike, but doesn’t want to upset his Daddy by showing how bad he was in hiding money away offshore away from the Taxman.

Trouble is, Daddy Blair took the country to war and has been a nuisance ever since, stashing money away in honey pots all over the place. Bad Blair. Naughty Blair. Not very cuddly at all, and needs to eat his Porridge…especially with his links to the Clintons…not the card company, of course, but a certain naughty couple who used to live in a big White House in America.

Will leave you with this story.

He spoke for almost two hours on his success in bringing about a lasting peace settlement amongst the warring nations of the Middle East, likening it to the way that the U.S. Government found a suitable agreement with the North American tribes.

At the conclusion of his speech, the crowd presented him with a plaque inscribed with his new Indian name – Walking Eagle.

A very chuffed Tony then departed in his motorcade, waving to the crowds..

A news reporter later asked one of the Indians how they came to select the new name given to Tony Blair. They explained that Walking Eagle is the name given to a bird so full of shit that it can no longer fly.

The moral of the story is to never trust a smiling politician, or one that doesn’t for that matter. They usually have something to hide and are callous and dangerous people.