Anyone who wants to know how dirty politics can be needs to know the story about Mark Felt. He was the secret informant known as “Deep Throat” for Bob Woodward of the Washington Post at the time of the Watergate scandal, which eventually resulted in the impeachment of “Tricky Dicky” Richard Nixon as President of the United States in the 1970s. His advice to Woodward (played by Robert Redford in the excellent film ‘All The President’s Men’ – I recommend you watch it) was to #FollowTheMoney.

That advice is as true today as it was then, perhaps even more so.

If you follow what Gordon Bowden has uncovered in his 16 years of uncovering fraud in a vast money-laundering network linked to Lords, MPs, ex Prime Ministers, TV entertainers and celebrity sportsmen & women linked to tax evasion to offshore tax havens then you will realise where the money goes to.

Instead of the money going back into the community for essential services like the NHS, Police, Ambulance and Fire Services; to Libraries; social housing and welfare, politicians of today seem intent on destroying the very fabric of society with corruption and lies and money is hidden away in offshore accounts. They think that it can’t be traced. But, there is an audit trail with everything, and when shown how easy it is to trace it back to where it starts from (ie. the dirty, greedy, self-serving politicians from all sides of the equation who are bought out by lobbyists with their Non-Exec Directorships of large corporations, including fracking firms) they all run a mile. It’s a MASSIVE cover-up, just like it was with Nixon…until he got caught out by the excellent investigative journalism of Bob Woodward and Carl Bernstein. We need more people like these two guys. They went after the truth because they were hungry for it.

That is why Pandora’s Box Investigations Limited was formed…to expose the truth of what really goes on in politics and where the money goes. It’s simple. Like Mark “Deep Throat” Felt would say: “Just follow the money.”

By the way, there’s an interesting documentary about corruption here by the Panorama Team at the BBC, but the BBC are STILL skirting around the 788-790 Finchley Road issue:

Take a look at Alexander Angert and Transcargo Ltd:

Here is ‘accountant’ Alexander Popivker’s link to the syndicate:

Note the link here between Popviker and his secretary Anna Angert in Rubicon Capital (related to Alexander Angert at the top):

Only by lifting the lid of the Pandora’s Box do you get to see the FULL story that the BBC and its Director General with his links to the Freemason fraternity WON’T show.

Remember kids…politics is a dirty game. 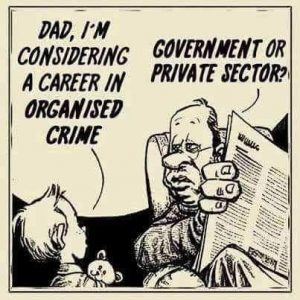 (Incidentally, we wish Baroness Tessa Jowell a speedy recovery from her battle with cancer).